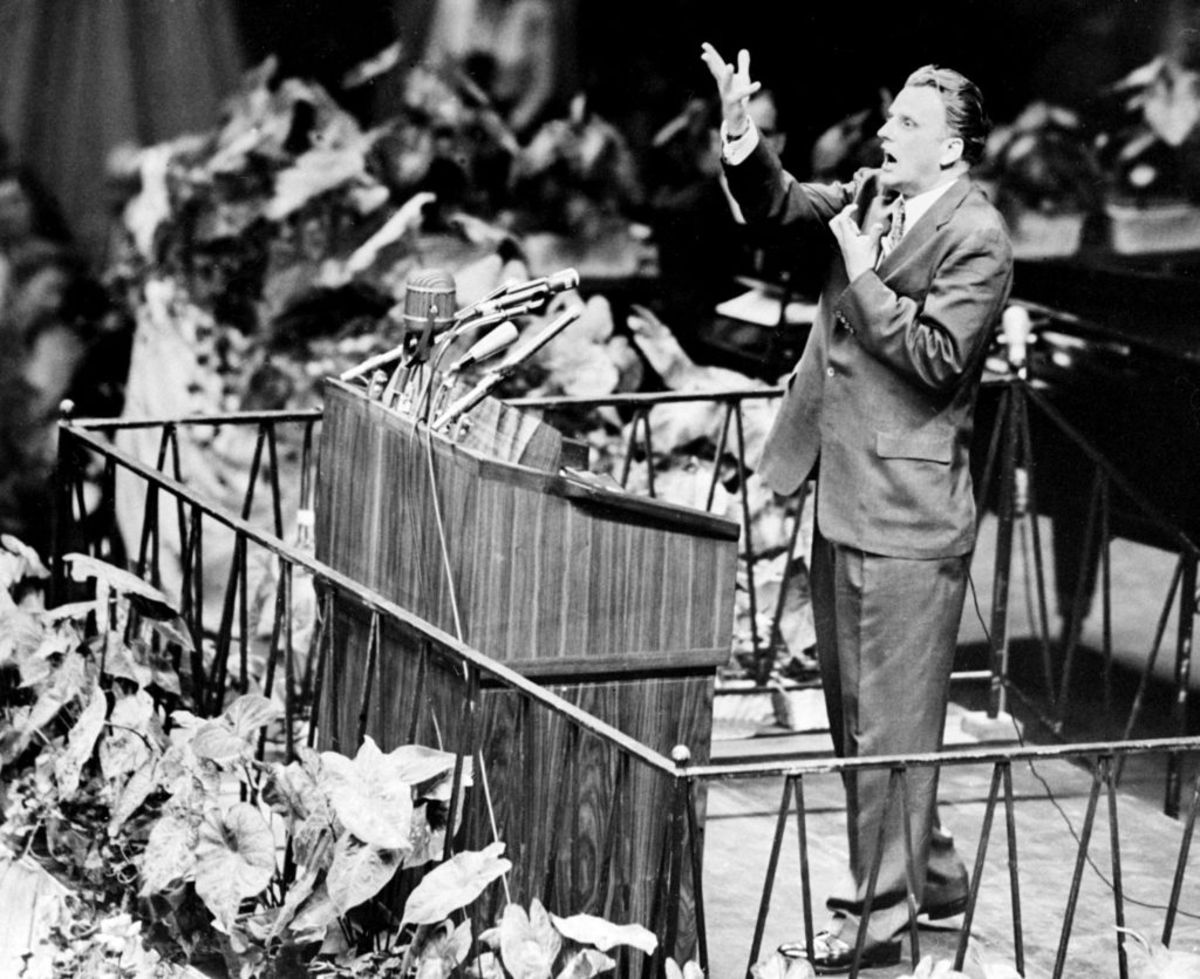 After an extended trip through Africa and Middle Eastern Arab countries in 1960, Billy Graham visited Israel. Suddenly, this small Baptist community that numbered only a few hundred became the center of events in Israel because of Billy Graham’s visit. The planning of the event was given to the United Council of Churches in Israel (UCCI), now called The Evangelical Alliance in Israel. The planned trip raised a lot of curiosity in Israel as Billy Graham has filled stadiums in every country he visits around the world. Foreign minister Golda Meir held a special lunch in his honor and he was also invited to meet with Yitzhak Ben-Zvi, Israel’s president.

The organizers of the trip intended to hold a big rally for Graham to preach in Tel-Aviv’s Mann Hall (Heichal HaTarbut today). The arena seats around 2700 people. When the arena’s managers delayed their answer as to whether the Christians could use the Hall, the press knew. Newspapers were filled with articles about the subject. Some were sympathetic to the request, claiming that the Hall should grant the right to the preacher, based on freedom of religion. Others were against the request saying that Christian evangelism is not welcome in Tel-Aviv, the first Hebrew city.

The issue became so big that it came to the attention of David Ben-Gurion, Israel’s prime minister who was visiting the United States at the time. Ben-Gurion’s answer came in the shape of a telegram message saying, “He does not mind that Billy Graham preaches in the Mann Hall, but he has one condition that Graham will not mention the name of Jesus or read from the Bible”. This strange answer made the organizers of the visit wonder how Graham would speak if he could not mention Jesus or the Bible. They directed their question to the government’s secretary Teddy Kollek, who later became the long time mayor of Jerusalem. Kollek said that, “Billy Graham can speak about his travels around the world”.

With this strange condition, the organizers of the visit decided to withdraw their request to use the Hall. They instead planned to hold three evangelistic meetings. One in Haifa at the St. John’s Anglican Church and the second in the Lutheran Church in Jaffa. Both of these first two events would be to Christian and Jewish audiences, with translation to Hebrew done by Bob Lindesy, pastor of West Jerusalem Baptist Church. The final event would be in Nazareth to an Arabic audience.

According to a report in the Associated Press, the meetings in Haifa and Jaffa were attended by around 1000 people in each location. The sermon in Haifa was on March 19, 1960, and was entitled “For God so loved the world that he gave it His only begotten Son”. As was Graham’s custom after his message, he asked those who would like Christ to come into their hearts to raise their hands and remain behind. About 200 people did so, including some that identified as Jewish.

The final event in Nazareth attracted few thousand people. Prior to the meeting, a car with loud speakers went around town announcing the event. People flocked to the event that was held at the YMCA forest and they were all standing, as there was not enough chairs in Nazareth at the time for such an event. Billy Graham preached with simultaneous translation to Arabic by Yousef Qupty, teacher at the Nazareth Baptist School. Many people decided to give their life to Christ.