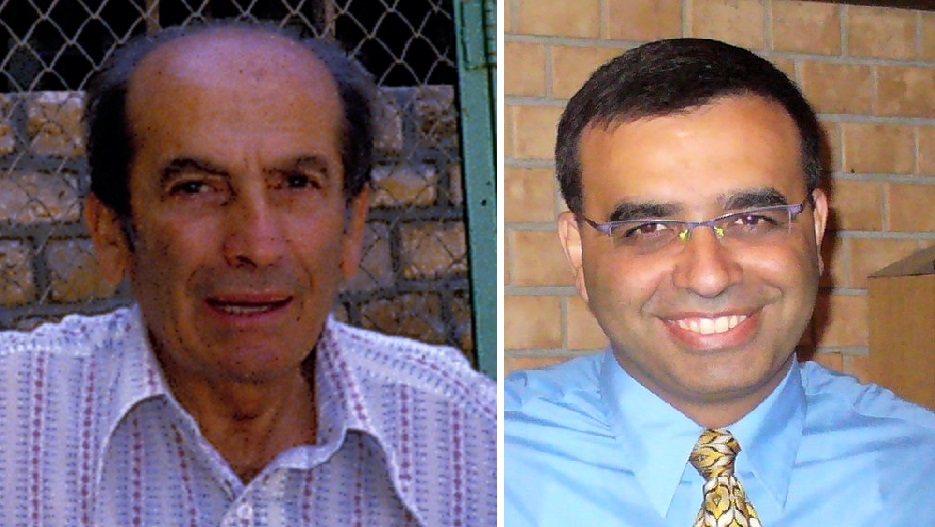 My friend Mike Lee pastored a church in Scottsville, VA, that was founded by Lottie Moon’s parents in 1840, the year Lottie was born. People have come from all over the United States to see the church. One lady once told him, “The Catholics have Mother Teresa, but we have Lottie Moon.”

In the mid-1970s, I attended Nazareth Baptist Primary School, a school that was founded by Southern Baptists but is now an independent private school and run by local Christians. Every year during the Christmas season, our Bible teacher George Laty would share with us during chapel the story of Lottie Moon. He would tell us about her childhood and her sacrifice. Kids were also given envelopes to donate to the Lottie Moon offering which was mainly for needy families in the community. The kids gave generously, but I am not sure we really understood the connection between this American missionary in China and giving money to needy people in Nazareth.

Every year following the story of Lottie Moon, George Laty would also share his own story. Because of the resemblance between Lottie and Laty, we used to call it the “Laty Moon Christmas offering.”

George Laty was probably the most beloved teacher at Nazareth Baptist School at the time. His own faith story was jaw-dropping; even though he would repeat it every year, we would listen to it with great interest.

George was born in Akko on the Mediterranean coast in 1924, and God saved him from death four times. First, during the 1948 war, he was captured by the Jews and sentenced to death but managed to run away with the help of a woman from the Red Cross. Then he walked for three days without food or water to arrive at an Arab village where they suspected he was a collaborator and was sentenced to death again. He was later released after three days in custody by a jailer who had a bad dream about him and set him free. He later arrived in Nazareth and became a follower of Jesus. God has saved George from death two additional times. Once when a ship taking him to study in America was sailing in the middle of a storm, George went up the deck and prayed aloud to God, and the storm stopped, while the captain and other passengers looked at him as if he were a prophet. Then, a few years later, he missed an airplane flight only to discover later that it crashed into the ocean, and all the passengers were killed.

George’s life was saved so that God would be glorified through him. Later in life, George went through the hardest test a man can go through. George and his wife Antoinette did not have children for 7 years, but finally, God blessed them with a son who they named Samuel. Samuel was very talented but died tragically from cancer at the age of 16. George and Antoinette demonstrated great faith with the loss of their son; when people came to offer condolences to them, George and Antoinette would encourage them and say in the words of Job, “The Lord gave me everything I had, and they were his to take away. Blessed be the name of the Lord” (Job 1:21 LTB). George would share this painful story with us during the Lottie Moon campaign. Even though it is not very common in our culture to share stories of death and grief, George would share it to give glory to God. Antoinette was my second-grade teacher, and I always felt her deep love for her pupils. She used to call me the loving nickname “Chocolate.” It was beyond my comprehension that this teacher lost her son 3 years before, but she and her husband continued to demonstrate great love for all children at the school where they served, inspired by the love of God.

The personal stories of Lottie Moon and George Laty were integral parts of the season of giving, but the real story is the leadership George demonstrated in fundraising during Christmas and the rest of the year for needy families. George would give from his own belongings and funds, inspiring others to give. This is why students, parents and other members of the community were contributing to the Christmas offering. He was known in town as someone who kept in touch with hundreds of needy families, visiting them often with his mythological VW bug and providing them with supplies in the name of Jesus.

George was literally living the teaching of John the Baptist: “If you have two coats, give one to the poor. If you have extra food, give it away to those who are hungry” (Luke 3:11 LTB). One cold day he was walking in the street and saw a man shivering from cold, so he gave him his own jacket and went back home without one to his wife’s amazement.

George also had a network of both Christian and Muslim businesses that he would partner with for his philanthropic project For example, he had an arrangement with Mr. Fahoum, a Muslim bookshop owner, that students sent by George to buy books and other school supplies would not have to pay. The payment was taken care of later by George with Mr. Fahoum providing a discount.

For many years, hundreds of families in Nazareth and the area would receive surprise visits from George Laty with food and other supplies. George was jokingly nicknamed “The Wailing Wall”, as everybody with a problem would approach him and anybody who knew about a needy family would ask his help. He had miraculous ways in helping so many people. He would arrange payment for tuition for needy students at school or secretly arrange payment of health insurance for families. He always handled these financial needs discretely and shared about love, the love of Christ.

George Laty was not a great preacher, but he was always full of joy; his life was a living testimony for the love of Christ which inspired so many people. George passed away in 1993, but people in Nazareth and elsewhere continue to be inspired by Laty for giving for needy families around Christmas.

A few years ago, my wife Rula and I got to know a successful businesswoman. When she discovered that we were committed Christians attending the Baptist church in Nazareth, she wanted to come with us to church. She recalled that, in her childhood, a man called George Laty used to visit her family on Christmas when they were very poor and would bring them food supplies. This same woman came with us to church and gave her life to Christ.